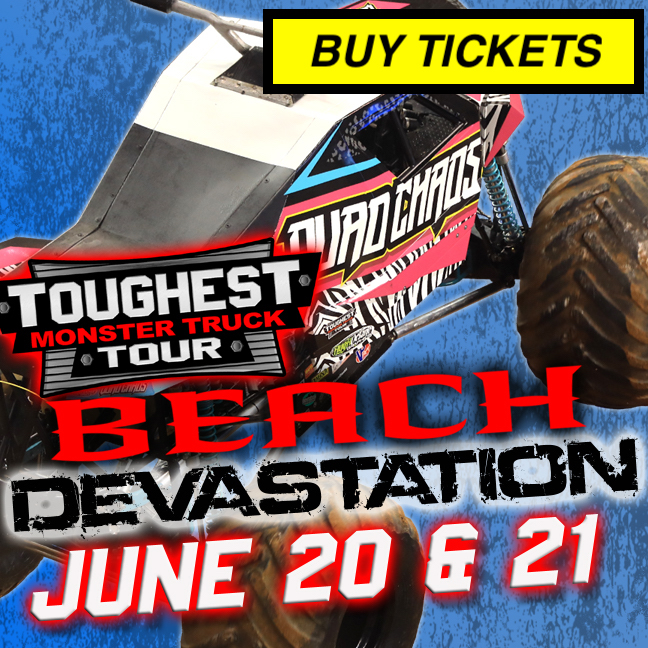 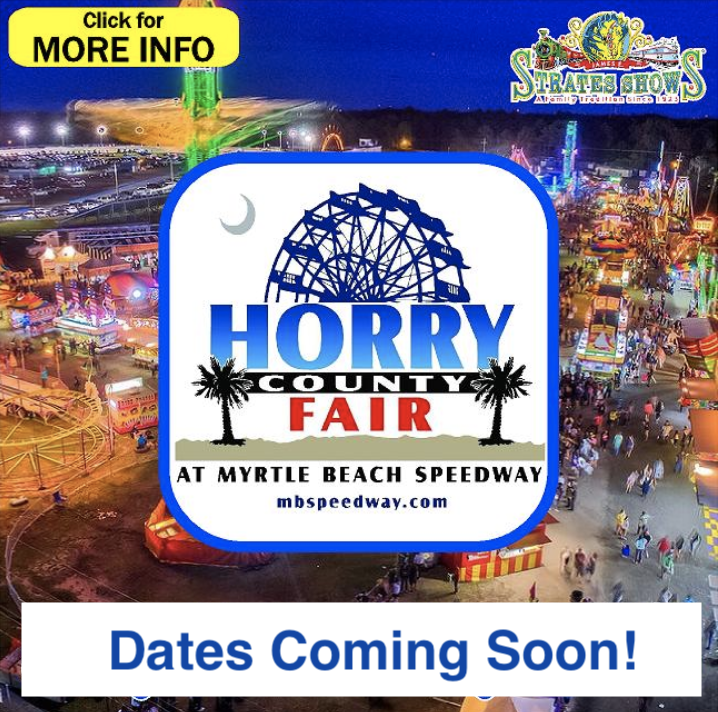 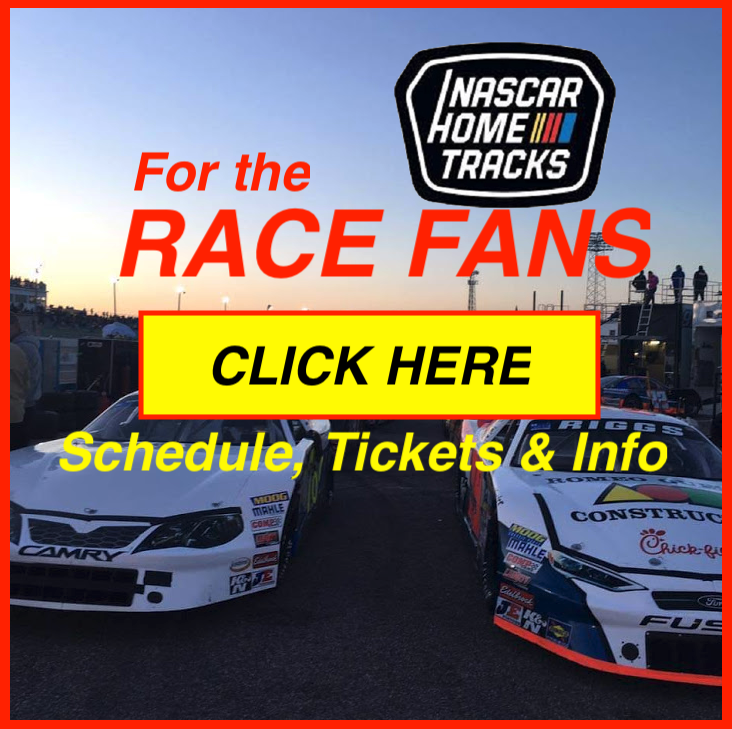 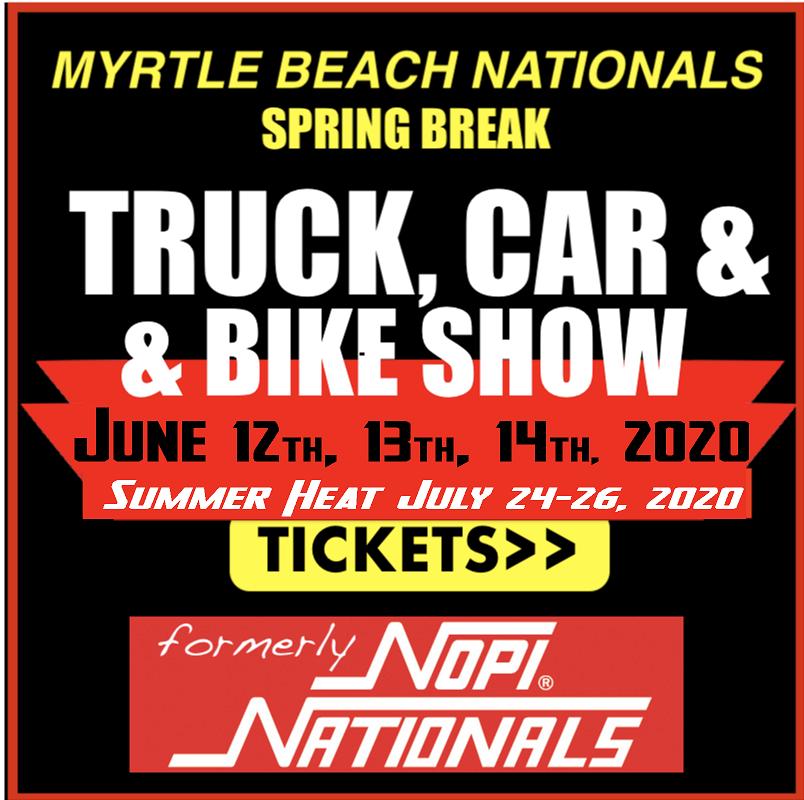 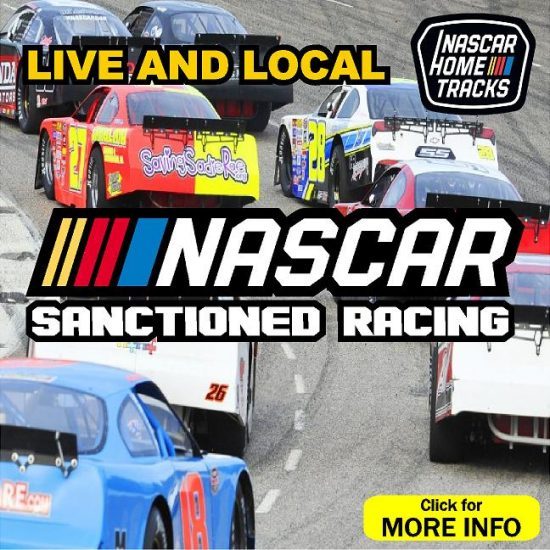 Revisions have been made to the 2020 Myrtle Beach Speedway Schedule of Events due to the Coronavirus outbreak. The safety, health and wellness of our guests and employees are always the number 1 priority. With the revised schedule we want you to feel confident and comfortable when visiting our outdoor speedway as enhanced sanitation standards are in place.  Every guest will be expected to practice social distancing while at the speedway.

SPRING BREAK MB NATIONALS has been RESCHEDULED to June 12th, 13th, 14th. All Pre-registered cars and spectators will be automatically transferred to the June show. Advance Car Registration and tickets on SALE NOW! If you would like to moved to July Summer Heat show, all changes must be made thru info@mbspeedway.com

Weekly Races have been announced with the first race on May 23rd.  Advance Car Registration and tickets on SALE NOW!

Est. in 1958, Myrtle Beach Speedway was originally opened as ‘Rambi Raceway,’ a dirt track.  Paved to asphalt for the first time in 1974, followed by a second returned to dirt and then a second and final return back to asphalt. Myrtle Beach Speedway currently remains as an asphalt oval track, spanning 0.538 miles, containing 13 degrees of banking.

Full with rich racing history, Myrtle Beach Speedway has been the training grounds for some of NASCAR’s biggest stars including Dale Earnhardt Jr and Jeff Gordon. Over the years, all four generations of Pettys (Lee, Richard, Kyle, and Adam) and three generations of Earnhardts (Ralph, Dale Sr., and Dale Jr./Kelley/L.W. Miller III) have taken the green flag at this iconic track as the Winston Cup NASCAR Cup Series (Monster Energy) Race 1958 - 1965 & the Busch Series Race ( Xfinity Series) 1988 - 2000.Today, Myrtle Beach Speedway remains alive with a full NASCAR Race Season as part of NASCAR Home Tracks since 2012 and gained the reputation for the largest car counts in the south east, seen consecutively each Week during our Saturday night NASCAR Racing Series, February - November.

Proud to be home of NASCAR Racing Experience. You can DRIVE a Real NASCAR Race Car by Yourself at Myrtle Beach Speedway. Following drivers meeting with crew chief, training and instruction you get behind the wheel
and drive a NASCAR Race Car for timed racing sessions on the Nation’s Premier Race Tracks including Myrtle Beach Speedway.  There’s no lead car to follow, no instructor rides with you, you get one-on-one instruction from a spotter over your 2-Way In-Car Radio.  You can pass the slower cars as you catch them, YES, passing is allowed in this once-in-a-lifetime NASCAR experience. Open daily at Myrtle Beach Speedway Feb - Oct. 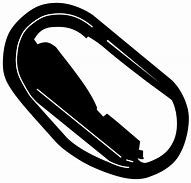